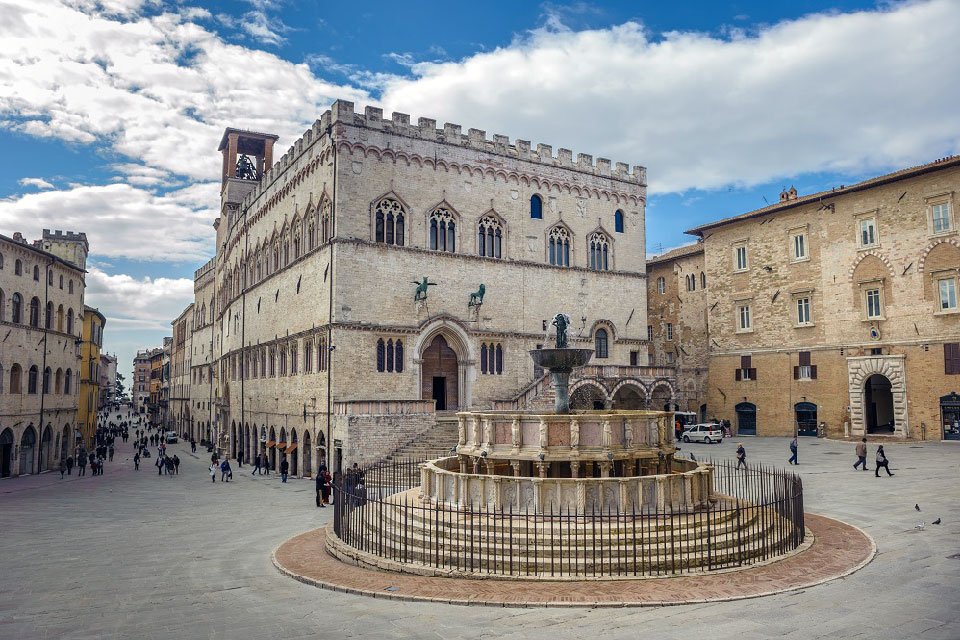 Perugia was an Etruscan city of great importance, as evidenced by monuments such as the Etruscan Arch, Porta Marzia, the Pozzo Etrusco.
In the second century A.D. Emperor Octavian besieged and conquered giving it the name of Augusta Perusia.
After the fall of the Roman Empire the city suffered numerous invasions up to became a free municipality in the eleventh century and was at this time that the city began to take on urban quell’assetto that still distinguishes it, enriched by splendid palaces, sculptures and paintings of great value.